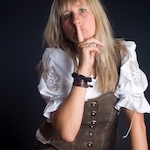 On the occasion of the EU project EuroNetMed the topic of “intercultural mediation” is discussed very intensively and that based on the question: Does the mediator need knowledge about the cultural backgrounds of the parties? The issue is discussed thoroughly in dispute. Some say yes, he needs this knowledge. Others say, no, he does not need it. A multi-pronged approach is the right one.

The initial idea is the recognition that cultural membership constitutes a significant and influential part of man. Research has shown that these differences affect not only one’s behavior but also thinking and perception. For example, the “field dependence” and “cognitive sophistication” is in a systematic way depending on the conditions of life within their respective cultures. It must be stated thus:

There are NO conflicts WITHOUT cultural influences.

In dealing with cultures there are different concepts, the multicultural, intercultural and transcultural approach.

In the multi-cultural understanding of the culture concept appears involved cultures against each other as defined and delimited. The cultures are perceived separately from each other and often hierarchical.

In the inter-cultural concept that cultures are understood as an ethnic group. The distinction does, however, due to a cultural exchange and allows overlapping processes of change.

In the Trans-cultural definition of the concept the focus is a mixing. Rather than isolating it comes to integration.

The parties must be clear about the ending, what cultural differences there are and how they want to deal with them eventually. It is therefore to be clarified in advance or at the beginning of a mediation, what they want to achieve and what they can get.

Does the mediator is an intercultural competence?

Let’s get to the core and the original question. This does not refer to the question of which elements in a majority culture mediation are included. This will be the topic for another post. It would describe the techniques by which such mediation is to enrich. Here, this is about thinking and understanding, what is the original order of the mediation process. It should be noted that mediation, represented by the mediator to have a special sensitivity to cultural differences. The cultural differences can be reflected in behavior, gestures, values, ​​attributions and not least in the thinking and perception. If the mediator is important for us to understand these differences and to work them out, he must be able to perceive all of this stuff. So the question is entitled: Does the mediator need a specific knowledge of the cultures, which belong to the mediants or not?

I think it is generally agreed that the mediator must be able to work out the differences. Without this step, one built on mutual understanding of mediation would be unthinkable.
Like many other international and experienced mediators, I take the view that no specific knowledge about the other culture is helpful. I stress that this applies to the mediation, not for business or contractual negotiations.

Here’s an example: Bulgarians tend to nod when they express a “no”. It surely is confusing when you negotiate with a Bulgarian, who nods ever. In negotiations, you are directed to the alleged agreement and you will formulate your remarks accordingly. In mediation, the process is different. The experienced mediator will notice that the body doesn’t adapt to spoken language and thinking. He will verbalize this and clarify it.

What the mediator definitely needs to know is the fact that there are cultural differences and how they principally can affect. He needs to know where the cultural peculiarities of its own cultural affiliation are situated in order to neutralize them in his perception. He needs to observe as a small child’s approach naive and ignorant. Only then, he has the chance to make the necessary “dumb” questions and to question the meaning of the perceived.

That this will and how it will manage, occupies a majoritarian cultural mediation, which I had to proceed some time ago with a German-Chinese couple. The man, a German, had made the mistake that he night club during a visit with colleagues in Asia. There he took some certain services. He told that to his wife, a Chinese woman. She responded to him unexpectedly with the divorce request. In this case meet different valuations. But that might happen everywhere. We need not even go abroad. The man could run into similar problems with his German wife. So it’s there, like here is to highlight the different views and reviews and to make comprehensible – whatever the parties then will do with that. There is the view of the man who wants to have done so because of the halo effect (perceptual phenomenon) nothing bad. The situation with colleagues, etc. has prompted him to act the way he did. On the contrary, he felt in his very constructive relationship work, but it revealed the false step to his wife. Her reaction was completely incomprehensible to him then and was excessive. All of his excuses went into space, he knew himself no advise what to do more. Divorce was the last of what he wanted. In mediation has been shown that the woman was not about the culpability of the behavior of her husband. She felt disgraced. This resulted in a lengthy dialogue, in which the mediator wanted to understand just why the lapse of the man such a devastating effect on the woman had. To be noticed: the same the mediator would have done if the party would have been a German. In the described case, he could start by pointing to the loss of honor. Dishonor falls into the third dimension of the conflict. Is is connected to self-determination and character, and usually go very deep. While the debt is a loss of honor it is not to be repaired by an apology. Not too long ago it was common in our culture, to compensate a loss of honor by duel with death. Consequently said the Chinese woman, therefore, that their honor could only be produced by another man again. In any case, the mediation could be developed knowledge that it is not to excuse, but about restoring the honor. Now this was – probably related to the Chinese culture – not only possible and correct to the divorce. The Chinese also stressed – accusing the man – that he’s going to be stored at the wedding vow, with the woman through thick and thin and that it violated the divorce was a single and conclusive result. The mediator then asked the woman if she had sworn the oath as well. This question was answered in the affirmative. Then the mediator asked how the situation here is to be assessed is it dealing here with thick or thin. The woman answered, as she realized that she also bears a responsibility in the relationship. The case could be resolved amicably. The divorce was off the table.

Later I found out that means the loss of face for the Chinese a special disgrace. But I think this is so in every culture. Only the reason for shame might be different. Especially against the background – as in the case described above – where many parties do belong to another ethnic from birth but grew up abroad, it might become dangerous to assign cultural stereotypes. At the best it only helps if the mediator does have the ability to understand people disregarding stereotypes. The phenomenon is similar to the body language. I watch how trained mediators start to argue with her counterpart suddenly, waht they expressed by their body language. “You held your arms crossed. Thus you showed a repellent behavior”. This Mediator provides that this kind of body language means a repellent behavior. In fact it may even mean the opposite. Maybe the party expressed his readiness on his concentration, or simply a comfortable position.

So please be careful with templates and stereotypes.

Arel good approach comes with a particularly high level of skills in the mediation of the necessary awareness and its own reduction to the status of an innocent and value-free child who is always “dumb” questions and is interested in everything, even if it actually still evident and self-evident.

“Mom, why is the sun in the morning?”
“Put not so stupid questions! That’s just like that.”