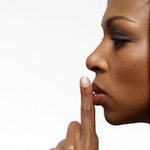 On a workshop at the conference in Fort de France almost 20 participants discussed about confidentiality. All of them are very well experienced mediators. Most of them are judge mediators. But there have been lawyers and psychologists as well. The discussion was about child abuse coming up in a mediation.

At the beginning most of the participants intended to complain child abuse to the police. It became obvious, that confidentiality has different meanings in different countries. Confidentiality has different concerns and views: the view of the mediator, the view of the parties and the view of society expressed by the law. It is recommended, that the mediator follow his own view about confidentiality. This is solely that information doesn’t leave the mediation. When mediation is over, everything will be forgotten on the mediator’s side. In a causcasing, he has to obey confidentiality additionally towards the single party. This has been seen differently. Especially mediators from USA introduced caucusing as a part of the procedure outside the mediation. Others disagreed with that. It came up that caucusing is treated very differently over the countries and the mediators. It also came out, that the EU directive is interpreted very differently. The directive doesn’t force the mediator to complain to the police. The directive only rules a passive duty to give evidence as a witness. What is actively to be complained is or should be ruled in national law. However, if the mediator intends to complain to the police, he should be obliged to inform the parties before. Otherwise he would disregard what he expects the parties to do – having a fair trial.